The awards are presented annually to women who display professional excellence, community service, and who actively assist women in achieving professional excellence and leadership skills. Riordan and Mehmood received the honors January 16 at a breakfast ceremony at The Mansion at Oyster Bay attended by Long Island business and community leaders. It was the eighth annual Long Island award presentation.

In addition to Riordan, finalists for the ATHENA Leadership award were:

In addition to Mehmood, finalists for the ATHENA Young Professional Leadership award were:

“Long Island has a wealth of talented women professionals and, because KPMG is committed to advancing women, we are proud to join with ATHENA to recognize these leaders and their contributions and influence,” said Theresa Ahlstrom, a partner in KPMG’s Long Island office and cohost of the ceremony. “Partnering with ATHENA and our sponsors is an opportunity to bring together our shared values and commitment to a diverse and inclusive workforce to spotlight these talented individuals.”

Keynote speaker and rising young professional Execuitive Chef Allison Fasano, who exemplifies the characteristics of ATHENA leadership and professional excellence, spoke on “saying yes” to new opportunities, an approach instilled by her father. She also endorsed the idea of women taking risks outside of their comfort zones in order to advance in their professions.

ATHENA Leadership Award –  Christine M. Riordan, Ph.D., president of Adelphi University, the first woman to serve in the role. Riordan has been recognized for her contributions in the field of education as one of the 50 most influential people on Long Island (2016 – 2019) by Long Island Power Press List, Who’s Who in Education, Who’s Who in Professional Women, and Top CEOs by Long Island Business News; one of the 25 Top Women in Higher Education Who Are Making a Difference (2018), a recipient of the Monsignor Hartman Humanitarian Award for Commitment to Leadership in the Field of Education, and as the Premier Business Woman of Long Island Award (2019) by the Long Island Herald.

Dr. Riordan is active in the community in roles such as:

ATHENA Young Professional Leadership Award – Sadia Mehmood, is the director of development and advancement at the Mary McDowell Friends School. Previously, Sadia was the Executive Director of the American Heart Association – LI Chapter. She has been recognized by the Long Island Business News as a 30 under 30 Award recipient and  is actively involved in the community in roles such as:

KPMG is one of the world’s leading professional services firms, providing innovative business solutions and audit, tax, and advisory services to many of the world’s largest and most prestigious organizations.

KPMG is widely recognized for being a great place to work and build a career. Our people share a sense of purpose in the work we do, and a strong commitment to community service, inclusion and diversity, and eradicating childhood illiteracy. 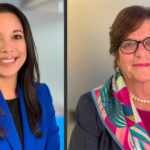 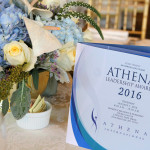 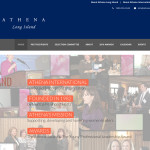